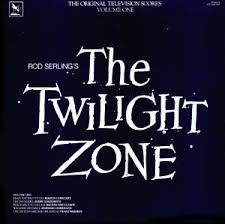 Yesterday I had to visit our tax man, take him some documents. Sounds like a boring enough errand.

So I arrive at Ron’s office. Haven’t seen him since last March, when we did our 2005 taxes. He comes out, limping badly.

“Ron, what on earth happened to you?”

He tells me the sad tale as we get settled. Last April he was on a ladder. Which slipped. Ron clung to the house gutter. Which gave way. He fell, shattering bones in his leg. He was in the hospital twelve days, in a cast six months. Now out of it for two months, but still limping. He hopes to fix the limp in time.

After commiserating with him, I said, “You know, I have a character in my current series just like you. He shattered his leg last April, was in a cast for months. Now he’s out, but he’s walking with a permanent limp. Let’s not let your limp be permanent, okay?”

Of course, although I didn't mention the character's name to Ron, I was talking about S-Man, my science fiction writer in the Kanner Lake Series. He’s called S-Man for his science fiction world—Sauria. Ever since S-Man had his accident, he’s turned to writing science fiction, sitting in Java Joint every day, madly typing on his manuscript. In book #1, (Violet Dawn), S-Man’s still in his cast. In book 2 (Coral Moon), coming out next April, readers will see him out of the cast but limping.

(By the way, many of you know that S-Man’s manuscript, Starfire, is the real manuscript of science fiction writer and BG Stuart Stockton. Stuart is blogging over at Scenes and Beans as S-Man—just one more way this series is blending fiction and reality. In fact, as you’ll note below, it just so happens that one of his posts is up today.)

After Ron and I are through with business, I chat with his receptionist on the way out. Knowing I’m a novelist, she asks me if I’ve seen the movie Stranger than Fiction. “Yup,” I tell her, “and I laughed in so many places. I loved the movie.” She and I chuckled about how the movie blended fiction and reality, and I bewailed the fact that I wished I’d thought of that plot first.

Finally out the door I go. Get in my car. Start to drive through the parking lot. I pass a BMW and for some unknown reason glance at the license plate. Which reads:

I hit the brake and gape at the plate. Wow. Never seen that before. How totally cool!

Then it dawns on me. The car’s sitting in a handicapped spot. Right next to the door near Ron’s office. And Ron’s last name starts with S.

I jerk my car into a parking place, jump out and run back inside Ron’s office, eyes wide. I’m spouting to the receptionist before the door even shuts behind me. “Okay, I know you’re gonna think I’m a crazy novelist. But that BMW outside with the S Man license plate. Is that Ron’s car?”

She gives me one of those you’re-acting-strange looks. It’s okay. I’m used to them. I just want the answer to my question.

I trot back into Ron’s office, his receptionist on my heels, and tell him the news. The three of us do this we’re-totally-freaked dance.

I knew when I wrote Violet Dawn I would blend fiction and reality. S-Man’s Starfire is real. Simple Pleasures, the gift shop featured in the series, is a real store in Coeur d'Alene, Idaho. The fictional blog, Scenes and Beans, featured in the books, is also a real blog, with posts written that reflect the fictional events in the books.

But I never thought I’d cause a real S-Man to shatter his leg in April 2006.

Wasn’t it just yesterday I was saying every time I jog by a car, I'm afraid to glance inside for fear of seeing a body with its head covered in a green towel?...

You need to see "Stranger Than Fiction." Emma Thompson meets up with the real life character she is trying to kill off in her novel.

Wow... do us a favor and don't kill S-man off ok? You might just lose your tax-man or that rather ingenious poster for Ted. ;)

I've seen it happen. Had a puppy once that I named Sitak after a character who died in one of my early stories. Poor puppy didn't last the sememster.

Though if I ever actually meet one of my characters... well start heading for the colder regions of the planet and dig in.

Crazy how life can so closely immitate art at times.

Wowsa, as you like to say! :) Those are some freaky happenings!

Our fam. got freaked out one time. We were on vacation and pulled into a rest stop. I noticed it first.

The dead body in the car next to ours.

First I noticed the crowd though. People were huddled on the sidewalk in front of the car--staring at the driver door which was open.

Curious writer me, I nosed in and saw what they saw. Two legs coming out of the door, two feet firmly planted on the ground between the opened door and the car. Poor woman, apparently she'd swung her legs around to get out, expired right then and there, and plopped backward. Somebody'd already called for an ambulance.

Funny thing. Milton was telling this rather astonishing story to a small group of parishioners when we got home. A parishioner faithfully brought Rubilene* who was a...how shall I say this delicately?...a fruitcake. And Rubilene was in the group that day.

"Well, Pastor," Rubilene shrieked, eyes looking wild like they sometimes did, "you DID raise her from the dead, didn't you?"

Quick-witted and without missing a beat, Milton said, "No, Rubilene. I was on vacation."

Wow, Kirsty, now both you and Brandilyn are freaking ME out! I just wrote Brandilyn an email, telling her about my first baby steps in plotting a real scary novel, and now you come and tell me the first scene! My unborn book starts with the expired lady in the car, feet firmly planted on the ground! Can you believe this? Brandilyn, please keep S-Man alive, otherwise you will have to live with yourself forever!

Here's hoping Crimson Eve doesn't come back for a furious re-write. S-man should be safe in Amber Morn now...

Kristy and Jannie--do I see a duo writing team in the making? Kristy can romance the characters, and Jannie can kill 'em off. Heh-heh.

Okay, that it totally TOO spooky! Shiver.

Your tax guy will want you to start writing some other kind of fiction. LOL

Wow, definitely twilight zone. Hmm, maybe Angie B. needs to start writing a novel and get a fantabulous book deal?

Note to self: Do NOT visit the hot tub during ACFW conference. Brandilyn will be in the building.

Brandilyn, do me a favor. Never, ever, ever write about me or use me as a model for a character.
It's bad enough that I have to leave the light on all night when I read your novels. Now I have to do the same thing after reading your blog.
PS to Kristy--As much as I love my home state, try not to vacation in Texas anytime soon.

When I hear things of this sort, I always wonder: is it mere chance? or is something else at work? something we don't understand...Recall, that many generations ago people did not recognize there was electricity in the air.

Joy during this wonderful Christmas season!

WOW! Freaky but cool! I´ve written about things in the past and then had them happen. I´m not sure quite what to think about such things.

By the way, I love your blog and hope to one day get to read some of your work.

Freaky! doesn't even begin to describe how wierd this is/was! Now, I'm definitely on the lookout for dead people with green towels in the passenger seat of ALL vehicles!!

Maybe writing isn't for me!??!?! What if something terrible happens to someone?

It's just a wierd coincidence I'm sure, but at the same time it's totally wierding me out!!!

Have a good day!

I've had multiple "Twilight Zone" type episodes, but we here in Binghamton take those things with a grain of salt...LOL...This is Rod Serlings home town! He was born Christmas Day in 1924!

Okay, after I left a comment yesterday, I went Christmas shopping with my husband. We were walking in the mall and I'm telling him about the S-man post. We turn into a Frye music store and the clerk at the register has a badge with "S-Man" on it. ???? There goes that theme music again.

Brandilyn, this is just something I've come to expect from you. :) It's like when Allison W and I walked into the ballroom in Houston (at the 2003 ACFW conference) and came face to face with the serial killer from your Elisha/Champion books. What was even better was you posing for pictures with him. LOL!

So, does this mean Ted's gonna get a BMW and start moonlighting as a tax man? *winks* Don't think Stuart would mind the BMW either. :)