Whew, it has been a very busy last five days as I flew to St. Louis, and our ThrillerTour got underway. We did two signings on Friday, two on Saturday, one on Sunday. Then the ICRS convention began Monday morning. I signed in copies of Final Touch, last in the Rayne Tour series, in the Zondervan booth. Then I did a radio interview and had a meeting or two before leaving the floor for the day. Tomorrow I'll sign my new Seatbelt Suspense posters in the B&H booth--and generally give the other signing authors a hard time.


Some photos for you: 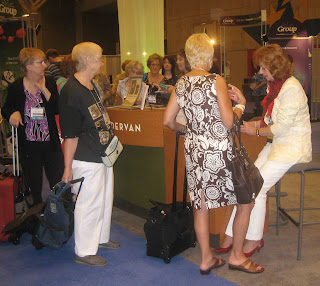 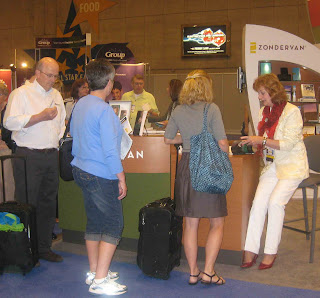 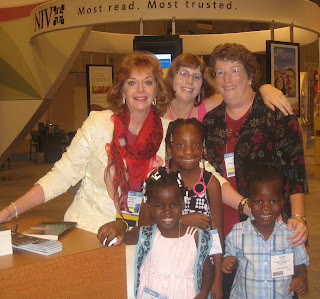 By the ThrillerTour poster outside
the beautiful B&N in Fenton, MO 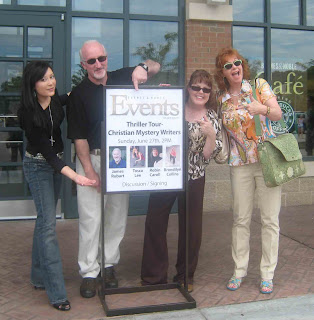 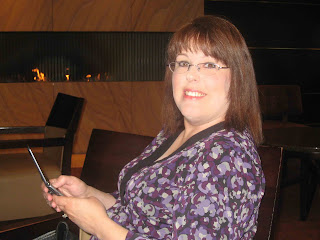 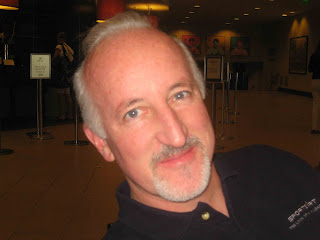 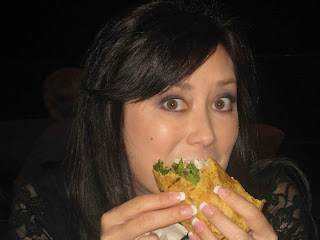 Photo to come:  For the I-don't-know-how-manyth time in a row I killed Camy Tang on the ICRS floor at the Zondervan booth. The gal simply refuses to stay dead. This year it was with a poison pen. Waiting for the photo from Camy.
In other news:
1. Violet Dawn is now back at its regular price on the Kindle ($10.99), and is sitting at #3 on the Top 100 Paid List at the time of writing this post. It was free for two weeks. Hope you took advantage of the promotion.
2. This month's Photo Friday winner is Nicole, with this witty caption: Iglooramus. Nicole, contact me for your free novel.
Check back with you all soon!

Love the post and pics, Brandilyn. Makes me feel like I'm on the Thriller Tour with you all.

BTW, using the pic by the poster, any guess who the ham of the group is? ;-)

your picture came out better than ours