When The Second Book Releases

I checked in recently with my pal, fellow author, and all around good guy Richard L. Mabry, MD. Or, as I like to call him, "Doc." His second book has just released, and I wondered what writing that book was like for him. Like many authors his first published novel was bought after being written, at which time he was offered a multi-book contract. Suddenly that second book must now be written--to contract. Not written when one feels like writing--but on a deadline. That's a horse of an entirely different animal. So I asked Doc to tell us about his experience.
-------------------------- 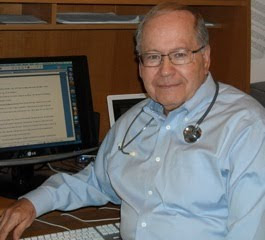 My second novel of medical suspense, Medical Error, has just been released, and I’m thrilled.

It’s great to have a book—any book—published. It means your hard work and persistence have paid off. That same feeling comes when you open the carton and hold your first book, your second, or your twenty-first. But still, there’s something special about the second book.

With the publication of Medical Error, I’ve avoided the “one book wonder” curse. Remember when Los Del Rio’s rendition of Macarena was everywhere? That was in 1996. Since then, the two singers (and, thankfully, the song) have faded from view. Let’s try another. What was Billy Ray Cyrus’ next hit after Achy Breaky Heart? Unless you count being the father of Miley Cyrus, AKA Hannah Montana, that was about it. Two examples of “one hit wonders.” No one wants that. Not a singer. Not a performer. Not a writer. We all keep plugging, hoping to repeat the success we’ve tasted once.

It was nice to read good reviews about my first novel. There were even people who asked, “When’s the next one coming out?” Now I can tell them it’s available. Of course, that means I have to hold my breath and hope they like it as well, but it’s nice to have that option. The second book does that for an author. 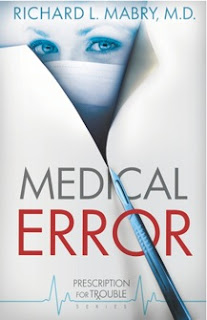 A lot of what I learned in the writing of Code Blue carried over to Medical Error. I didn’t fall so easily into the trap of overusing favorite words and expressions. In her macro edit of Code Blue, my editor, Barbara Scott, pointed out a number of such errors. When writing Medical Error I was careful to avoid that mistake and lots more that Barbara called to my attention. So the writing for this book went faster and more smoothly than the first, with fewer edits necessary. One more plus for the second novel.
Code Blue taught me that much of the marketing of a book depends on the efforts of the author. Those efforts were uncoordinated at first, but the experience taught me a lot. As soon as I had a signed contract for Medical Error with a firm launch date, I was working to get book information out to the reading public. Less scurrying about, less need for antacids. Score another one for the second book.
There’s something special about looking inside the cover of a book to see the words, “Other books by Richard L. Mabry.” Having more than one book published tells me that I didn’t misinterpret the call I felt after that first writer’s conference. I went there hoping to learn how to write a book about getting through the days after my first wife’s death. I left with a clear sense of direction that not only should I write that book—published in 2006 as The Tender Scar: Life After The Death Of A Spouse—but write Christian fiction as well. Seeing Medical Error sitting on the shelf above my desk alongside Code Blue reminds me again of that call.

When my third book is published next spring, I’m sure there will be a different set of emotions attached to the experience. But for now I’ll take a moment to rejoice in the publication of this one.

Dr. Richard Mabry built a worldwide reputation as a clinician, researcher, and teacher before retiring from medicine. Medical Error is his second novel of romantic medical suspense. His first novel, Code Blue, was published by Abingdon Press in April of 2010, and will be followed next spring by the third book in the Prescription For Trouble series, Diagnosis Death. You can learn more about him at his website and follow him on his blog.

Posted by ~ Brandilyn Collins at 1:00 AM

Brandilyn, I appreciate the opportunity to talk about my experience with your readers. Thanks so much.

Loved CODE BLUE, Richard. Looking forward to the next! Sue

Congratulations, Richard. You are an encouragement to others. Enjoy this moment.

Richard, you have a long and successful career ahead of you. Your third book, DIAGNOSIS DEATH, is even better than MEDICAL DIAGNOSIS. That's the advantage of being your editor. I got to read it first. :)